Before the launch of any direct mail campaign, it is crucial to have a structured, clear and concise brief in place for those that are involved. Whether this is your internal team or an external agency, if even one person isn’t on the same page because of a poor campaign brief, then the whole campaign could collapse.

Below we have explored and given guidance on how to create a great campaign brief for a direct mail campaign.

What is a campaign brief?

There are two types of brief when it comes to a direct mail campaign:

The campaign brief is the initial plan for a campaign and contains all of the information on what the campaign should achieve.

As the title suggests the focus of this article is campaign briefs, which we will discuss in further detail below.

What should you include in a direct mail campaign brief?

As with any campaign brief, listed below are tasks that you must include to make sure an effective direct mail campaign is created. It is important that all parties involved in a campaign understand the campaign brief, so setting SMART objectives will help (specific, measurable, attainable, realistic and with timelines).

No matter how concise your brief, if it is boring and motivational then this is how the team handling the campaign will approach their work. Make it fun, make it motivational, and make it so that the team look forward to their new project.

Write your brief in simple language that even a newcomer to the industry could understand. Your team may be more on your level when it comes to the facts, but if working with an external agency it’s likely you won’t know the depth of their knowledge. In particular, avoid jargon, both internal jargon to the organisation and also industry-wide jargonised terms.

Taking a minimalist approach is always a good idea, especially to keep a reader’s attention. It’s important to ensure that your message is still delivered, but overloading readers with information will mean that they understand less despite reading more. A complete direct mail campaign brief should be no more than 2-3 sides of A4, see an example of one here.

Information in a campaign brief

The areas that you want to cover in a direct mail campaign brief are:

Whilst it is advisable to start from a base of a pre-existing campaign brief template, always remember to modify where appropriate. Never try to force your brief into a template, instead adapt the template to suit your latest project.

If you keep your campaign brief clear and concise, then there is no reason you can’t have a successful direct mail campaign. If you want to know how bakergoodchild can help further with this, then get in contact with us here or call us on 0800 612 1972 to start discussions. 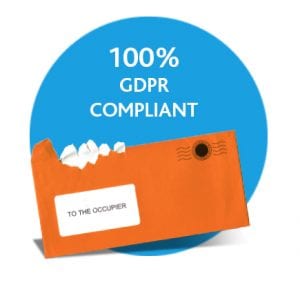 Sign up below for notifications of new posts on our blog.